Russian President Vladimir Putin is bringing his war in Ukraine home. It’s a desperate move that could imperil Putin’s control of Russia and have momentous implications for Ukraine’s US and European allies.

Putin announced a “partial mobilization” policy on Sept. 21, allowing the government to call some 300,000 Russians with military experience back into service. Since Russia invaded Ukraine on Feb. 24, Putin has avoided any kind of mobilization that would force ordinary Russians into uniform, relying on a peacetime military staffed with paid enlistees, career professionals, and an assortment of others.

But Ukraine’s successes on the battlefield, including the recent lightning offense in northeast Ukraine, have left Russia’s army badly depleted and desperate for new troops.

At the same time, Putin plans to impose a series of forced “referendums” in Ukrainian territory Russia controls, with outcomes meant to show that vast majorities of Ukrainians want Russia to annex their land and make it part of Russia.

Most people in those occupied areas want no such thing. However, a rigged vote to join Russia will give Putin a pretext for claiming those territories belong to Russia so that any foreign military efforts there is an attack on Russia itself.

That fuels Putin’s bogus claim that his war in Ukraine is necessary because of western aggression against Russia. 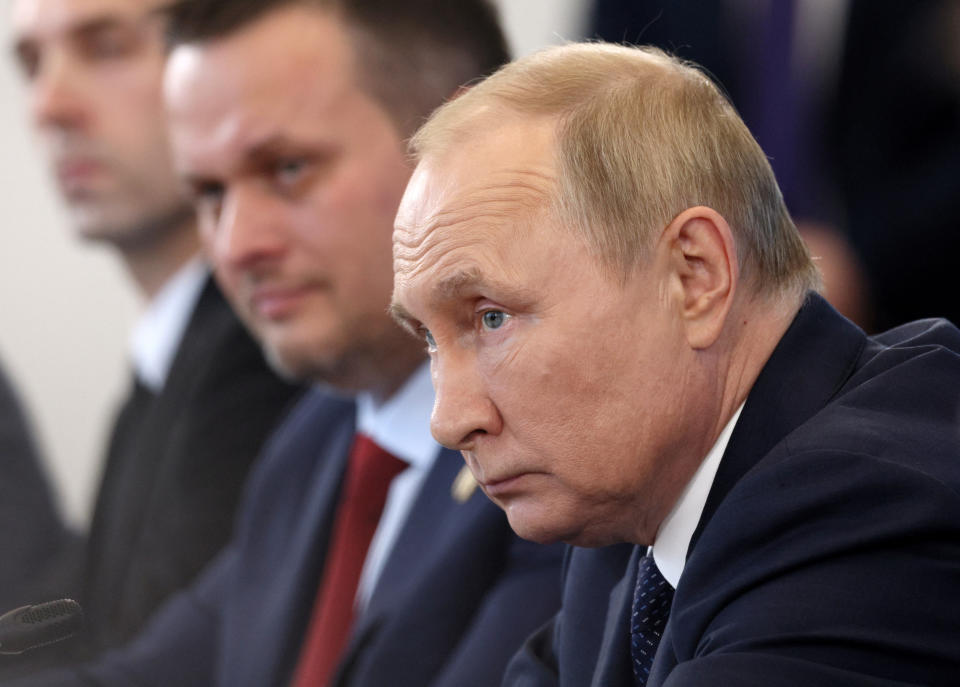 Russian President Vladimir Putin attends a meeting with heads of the country’s leading engineering schools and their industrial partners in the city of Veliky Novgorod, Russia, Sputnik/Gavriil Grigorov/Pool via REUTERS

It also sets conditions for Russia’s possible use of nuclear weapons, which Putin has consistently hinted at, including in his Sept. 21 address. If Putin were to take this unprecedented step, he’d want to claim he had no choice but to use nukes, because Russia’s survival is at stake.

That’s a fiction none of Ukraine’s allies will accept, but Putin may think it helps justify the use of nukes or other extreme measures.

All of this reveals that Putin knows he’s losing in Ukraine and is willing to take some of the biggest risks of his political career to change course. That makes the war more dangerous and the possible consequences more profound.

Here are four things to watch:

The energy war. Putin has already weaponized Russia’s energy supplies, by cutting off much of Russia’s natural gas flow to Europe and threatening worse. Russia is the world’s third-largest natural gas producer, which gives it leverage to inflict plenty of pain on energy consumers.

Prices tell the story. European natural gas prices are 6 times higher than they were a year ago, with rationing and shortages likely this winter. Putin would love to push those prices higher, if he can, by cutting Russia’s remaining gas supplies to Europe, or other methods. Gas shortages in Europe are pushing up prices elsewhere. US natural gas prices are about 40% higher than year-ago levels, in part because US producers are exporting more to Europe. 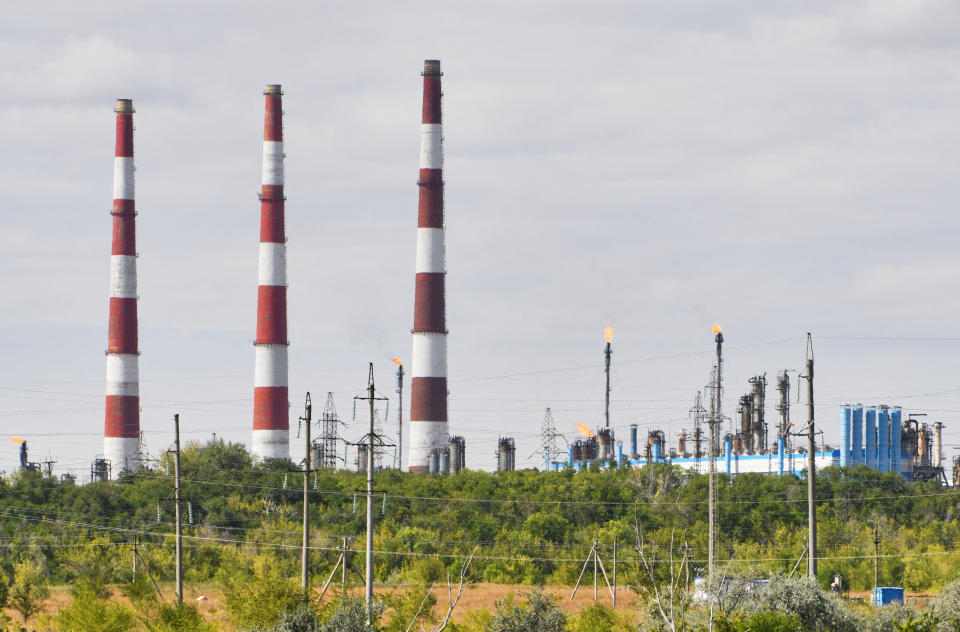 Some analysts think Putin could withhold Russian oil from the world market, as he is withholding gas from Europe. Even if he doesn’t, Europe is due to begin boycotting most oil products from Russia in early December, which could cut into global supplies and push prices up. During the next several months, Putin is likely to seek every way possible to push up global energy prices, while Ukraine’s U.S. and European allies do everything they can to keep energy flowing, and prices down. Whoever wins this battle will gain an advantage in the military war.

Support for Ukraine. More than ever, Putin thinks he needs to divide Ukraine’s allies and crimp the flow of weapons and other forms of aid into the war-torn country. Mobilizing reservists won’t generate any huge new military advantage for Russia, since it won’t address shortfalls in equipment, training, morale, and leadership plaguing Russia’s military.

But it could buy Putin time.

“I don’t think it will alter the outcome for Russia, but it may extend Russia’s ability to sustain the war,” Russia expert Michael Kofman of CNA said during a Sept. 21 Twitter webcast. “It’s also a significant political signal from Putin and the political establishment in Russia.”

Putin may think that if he can prolong the war while starving Europe of energy, shivering Europeans will revolt and demand a settlement in Ukraine that involves the resumption of Russian energy deliveries. So far, most European nations seem resolute in their support for Ukraine, especially since Ukraine’s lightning offense in the northeast. But winter will bring a war of nerves as Putin tries to extort Europe’s energy consumers and Ukraine pushes to win before allied support weakens. 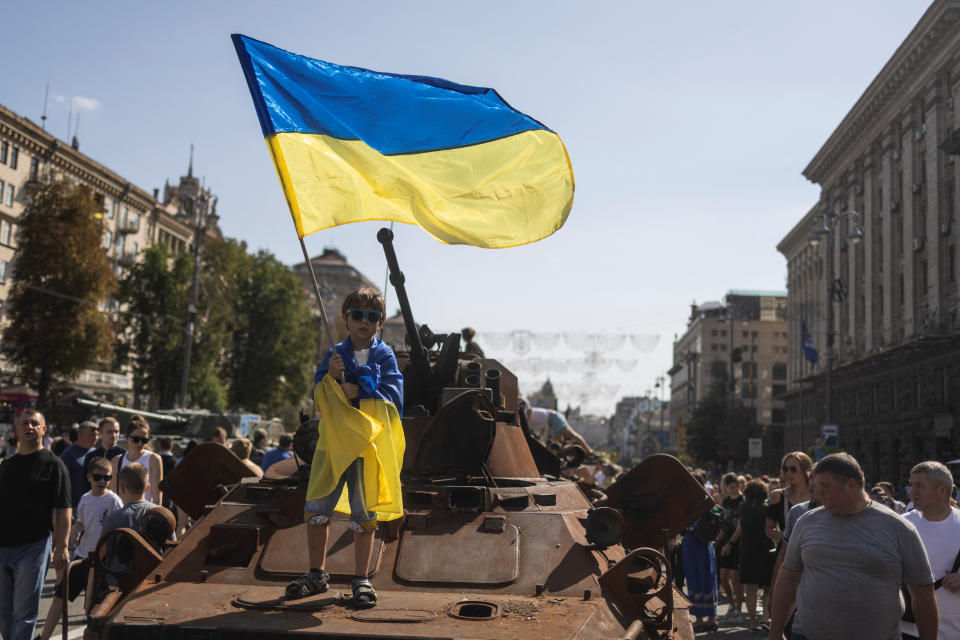 A boy waves a national flag atop of armored personal carrier at an exhibition of destroyed Russian military vehicles and weapons, dedicated to the upcoming country’s Independence Day, amid Russia’s attack on Ukraine (REUTERS / Valentyn Ogirenko)

Nuclear risk. In his Sept. 21 address, Putin said, “In the event of a threat to the territorial integrity of our country and to defend Russia and our people, we will certainly make use of all weapon systems available to us. This is not a bluff.”

That was an obvious reference to nuclear weapons, which have not been detonated in any conflict, worldwide, since 1945.

Putin probably is bluffing, given that nobody is attacking Russia or threatening its territorial integrity, which Putin presumably knows. But even a small risk of nuclear weapons use is alarming, given the precedent it would set and the likelihood that the U.S. and NATO would enter the war, turning it into a terrifying global conflict.

There would probably be a couple of indications if Putin considers detonating a nuke. First, U.S. intelligence would probably see signs, such as the movement of nuclear warheads or reports from inside the Kremlin, and publicize them as a deterrent.

Putin, for his part, may only resort to the nuclear option if he feels it’s necessary to sustain his hold on power. Firing a nuke as if it’s another battlefield weapon could trigger the western involvement Putin dreads, and end his reign. 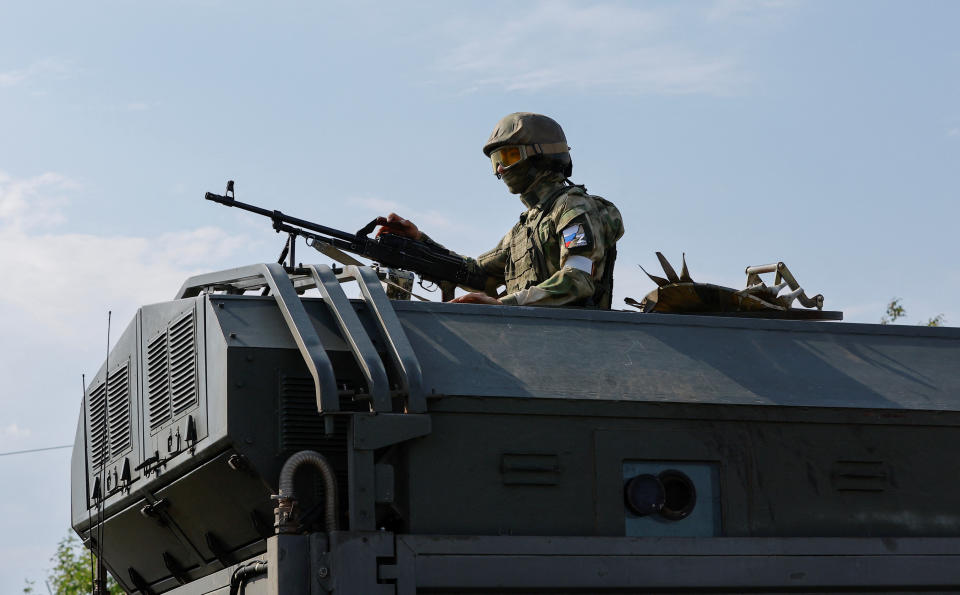 Putin’s future. Putin is clearly a survivor, with an uncanny ability to wield power and neutralize enemies. But many analysts think Putin can’t remain in charge if he sacrifices thousands of troops in Ukraine, wrecks the Russian army, and still ends up losing.

“Putin is painting himself into a corner,” Dmitri Alperovitch, chairman of the Silverado Policy Accelerator, said on the Sept. 21 Twitter podcast. “This strikes me as incredibly dangerous politically. If he does not achieve his objectives, he can be in a very politically precarious position.”

If Putin falls, it might be a chance for Russia to withdraw from Ukraine and reset, with a pathway possible toward the end of sanctions and the normalization of energy markets. But many Russian analysts warn that any Putin successor could be just as ruthless, or worse. Getting to the point of a Putin departure could be the most gut-wrenching moment of an already brutal war.

Click here for politics news related to business and money

Read the latest financial and business news from Yahoo Finance

Download the Yahoo Finance app for Apple or Android