By Hernán Panessi via El Planteo.

To a large extent, the craze for this paradise spot is owed to its uniqueness: it is a jungle, with desert. In fact, the Sierra Nevada de Santa Marta is the highest elevation of land proximate to the sea in the world. These factors create a regulating effect on the climate, making this place one of the most ideal spots to grow cannabis on the planet.

And there went Lucas Nosiglia, a 35-year-old Argentine executive; a guy from the financial world, still quite unfamiliar with the cannabis industry.

He arrived in November 2017, and never left. 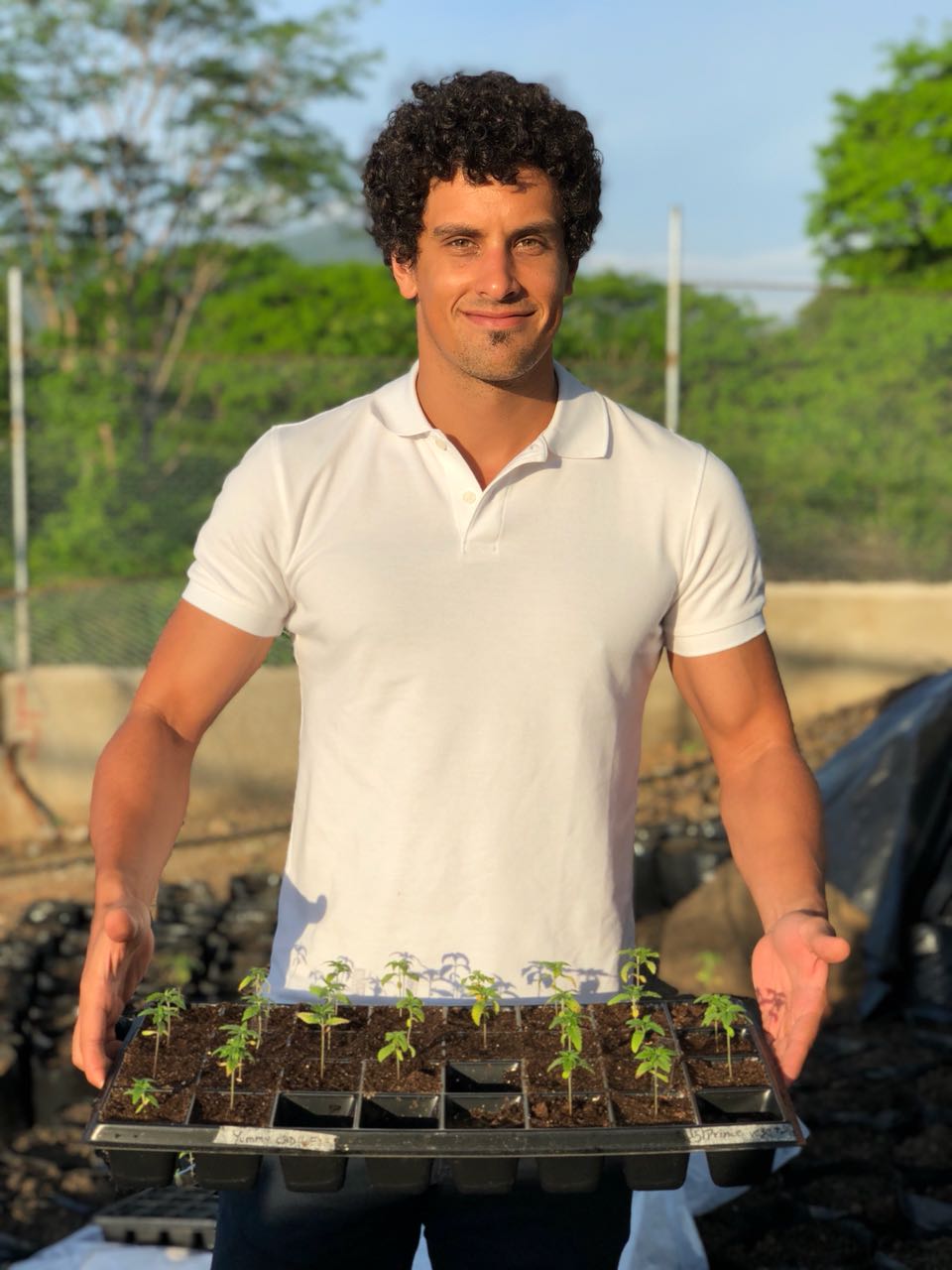 While pursuing his master’s degree in finance in Barcelona, ​​he became friends with some young people who were starting a cannabis project in Canada, in the throes of medical marijuana.

The idea that lit the fuse? “Produce cannabis on a large scale and sell it,” says Lucas, president of Avicanna in Latin America and responsible for the operation in the region, where he runs things from Santa Marta – through the subsidiaries Santa Marta Golden Hemp and Sativa Nativa.

Growing cannabis for medicinal use is legal in Colombia at a federal level.

“From the get-go, we gave it a biotechnology imprint, focused on the development of cannabinoids,” he explained. This opened the doors to new markets and experiences. So instead of investing in Canadian land (10 times more expensive than Colombian), they decided to invest in brains. Thus, they joined forces with Canadian institutions and reached cooperation agreements with the University of Toronto. By virtue of this situation and very favorable scenario, Avicanna Inc AVCN AVCNF arrived at J Labs, an incubator belonging to the Johnson & Johnson JNJ multinational.

“Entering that incubator was an important milestone,” Lucas says. Initially, their headquarters were in Mars, a mini Silicon Valley in Toronto. Things there ran smoothly, which helped their connections: academy and new institutions arrived. “They began to listen to us more,” he completes.

From his lips: “When you make products that have a pharmaceutical or medicinal standard, you must have them standardized from the source, with the same genetics, and serial extracts. That raw material will be used in a final product. So, as there was no one in Canada who could provide raw material in series, we decided that the company had to integrate: produce where it made sense to do so.”

From there, they began to analyze different geographical variables. Initially, they looked at Uruguay, but the legal framework was insufficient. “The extraction was not contemplated and neither was product manufacturing”, he explains.

In parallel, Colombia emerged and everything changed.

In fact, Santa Marta was one of the main cannabis dispensaries of the 1970s. “The cultivators went there for a reason,” he states. The regulatory framework seemed good to them, as did the possibility of being located within an agro-export industry. “An economy could be created so that Colombia would be able to export cannabis to the world.”

The Colombian Ministry of Health regulates all end products made from cannabis and its derivatives. In addition, a Cannabis Committee (made up from the Ministries of Health, Justice, Culture and the National Narcotics Fund) manages the sector’s approval instances.

In short, Avicanna’s medicinal spirit was a perfect fit for these regulations.

Meanwhile, in the bustle of this internationally set but domestically handled company, Lucas is in charge of operations in Latin America. Graduated in Economics from the University of Buenos Aires and with an MBA earned in the United States, Nosiglia knew that this was not quite his thing but, even so, he always wanted to go for more. So when none of this was a reality yet, he traveled to Toronto and got working on it.

There, together with two Colombian growers, Sergio Puerta and José Rafael López, he put together a triad of which Nosiglia assumed the “start-up” part.

The growers had already been working in Santa Marta and Avicanna bought their part from them, generating a “new whole.” Nosiglia explains: “In the Magdalena region there is a group of pioneers in organic agriculture who also joined the team. We are a mixture of young people with drive and professionals with experience in cultivation and seed banks ”.

Knowledge paved the roads and the bioclimatic characteristics of the region worked their magic.

Later, another convoy of Argentines joined the adventure: a biochemist, a petroleum engineer, two economists and an architect. The vast majority being public university graduates.

The project ended up working great. 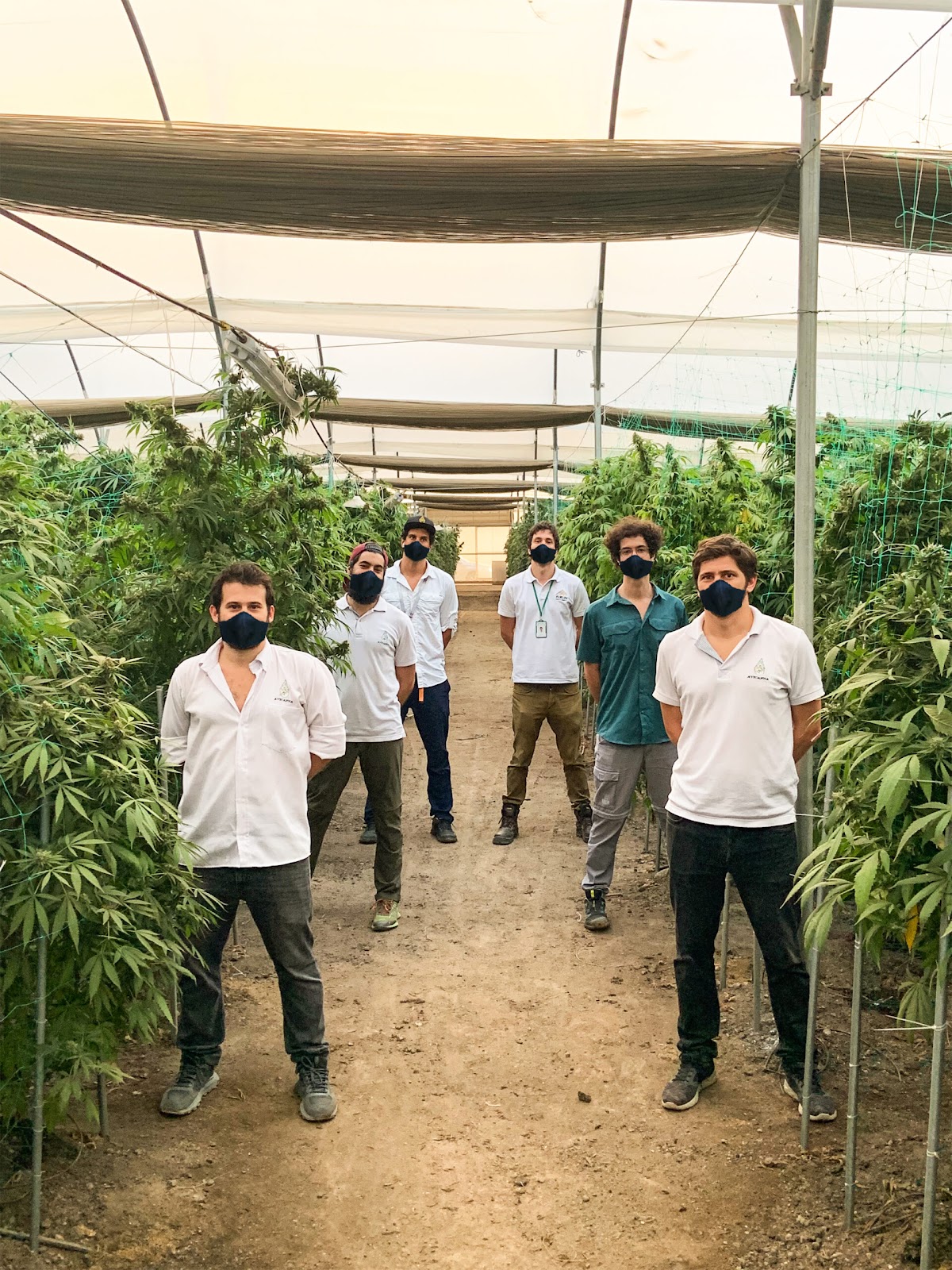 The focus? “Research,” Nosiglia says. “From the seed to the extracts, through agronomic variety evaluations.” Today they have 30 varieties registered and, incidentally, they bet on a signature crop. “The characteristics of the place make it excellent for growing cannabis all throughout the year. There are 12 hours of light per day.”

Today, they produce raw materials that they sell locally and internationally, as well as different derivatives of cannabis resin. In turn, they extract oils, produce distillates of different components and, in addition, they have a genetic development program, in which they take great pride. “It is a breeding of the varieties so that they express the cannabinoids that we want,” he adds. In order for this work, they have an agreement with the University of Guelph, in Canada. Within this initiative, they maintain a knowledge exchange with the UBA.

These days, they strengthen that link with the University of Buenos Aires by sending CBD for basic science.

“I believe in the interdisciplinarity of cannabis. It is impossible to make a project work without the growers’ knowledge and the scientific approach. Also, with the flavor brought by engineers and agronomists. And people like me, who make things happen,” he explains. “Avicanna came from all that.”

And so comes another historical milestone: through the management at Avicanna, Colombia exported legal marijuana to the United States for the first time.

All of this was made possible by the fact that Avicanna is listed on the Toronto Stock Exchange, which gave it validity by providing public information. “We were the first company that, working with medical cannabis, enlisted as a pharmaceutical and not as a cannabis company.” 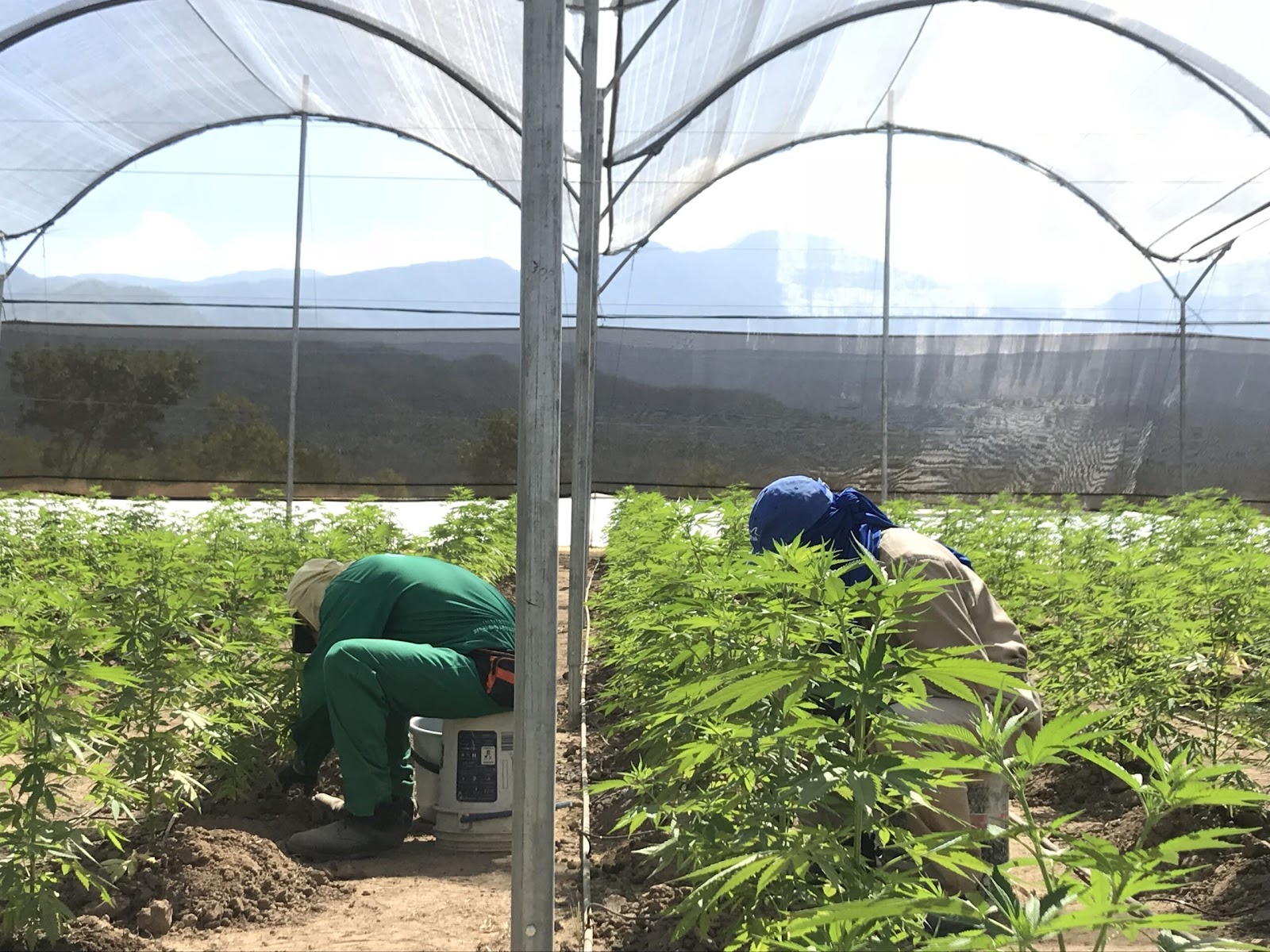 Today, the company of an Argentine graduated from the University of Buenos Aires is a benchmark for biotechnology applied to cannabis. With planning and strategy, they suddenly went from an empty plot of land on the slope of a mountain to being listed on the Canadian Stock Exchange.

“The real explosion will happen in two years”, Nosiglia ventures.

And, appealing to honesty, he concludes: “This is not green gold. If you want to start a project from scratch you have to invest and not accelerate the plant’s natural processes. It is not that simple”.